Posted by TPOAM on August 29, 2016 under LRIS Body Worn Cameras

The first cases in the country are coming in on the fundamental question of whether employers are required to bargain over the implementation of body-worn camera (BWC) systems. The first two decisions on the issue have now found significant aspects of the policies negotiable.

The first case produced two separate decisions from “Permanent Umpire” Ira Jaffe in Montgomery County, Maryland. The Umpire was appointed to hear claims from Lodge 35 of the Fraternal Order of Police (FOP) that the County had unlawfully failed to bargain over various aspects of a BWC system.

In the lengthy decisions, the Umpire found many aspects of a BWC system to be negotiable, including:

The Umpire found other aspects of the BWC system to be non-negotiable, including:

The second case arose out of the BWC system in Oklahoma City. The City and Lodge 123 of the Fraternal Order of Police were able to reach an agreement on substantial aspects of the policy, but remained at loggerheads on one issue – whether supervisors could “randomly review” BWC videos for evidence of employee misconduct. When the City took the position that the matter was not negotiable, the issue was referred to Arbitrator Zane Lumbley.

The Arbitrator found that under a “maintenance of benefits” clause in the collective bargaining agreement, “if the implementation of such a program were found to constitute more than a de minimis change in working conditions, it would have to be negotiated.” The Arbitrator also noted that an exception to the negotiability requirement would exist if body cameras “fell within the employer’s retained authority to plan, direct and control Police Department operations. Unless the exception applied, bargaining and subsequent interest arbitration in the absence of an agreement with the Union would have to occur before implementation.

“I believe the logical first step in deciding the controversy is to determine whether the implementation of the body-worn camera program constituted a change in working conditions sufficient to create a bargaining obligation. I simply have no doubt that it did. In so deciding, I agree completely with the Union that the use of body-worn cameras constitutes an enormous change in the working conditions of police officers.

“I also agree with the Union that, although the City clearly retained in the management rights clause of the contract the authority to plan, direct and control Police Department operations, there is no evidence that retention included the right to unilaterally implement a body-worn camera program containing the unrestricted right of supervisors to randomly review the audio and video footage required to be recorded during the course of an officer’s official activities. The mandated circumstances in which the camera must be activated here strikes me as a large body of an officer’s work that the body-worn camera program opens up to a completely different kind of scrutiny that cannot be said to have been envisioned as among the rights understood by the parties to have been retained by the City when the Agreement was signed.

“Nor does the record contain any evidence that the Union waived its right to negotiate over the program before it was implemented. To the contrary, FOP was continuing to negotiate with the Employer when the Chief decided, based on his view of the frequency with which officers’ use of authority is questioned as well as recent questions put to the City Council by members of the public as to when the use of cameras would be implemented in Oklahoma City, that it was time to implement the program.”

In both cases, the policies allowed officers to review BWC videos before giving statements or writing reports about the use of force. For that reason, neither decision touches upon the negotiability of that aspect of a BWC policy.

The above article has appeared in a previous issue of Public Safety Labor News and has been reprinted courtesy of Labor Relations Information System. These articles are for informational purposes only. 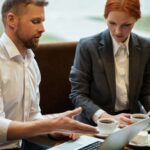